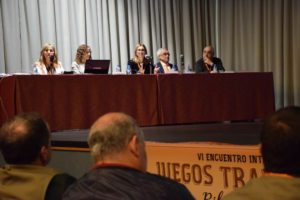 The VI International Meeting of Traditional Games Ribera del Duero took place from April 25 to 28, 2019 in Aranda de Duero and Gumiel de Izán, and was organized by La Tanguilla. On Friday, April 26, an international symposium was organized focusing on “Women and Traditional Sports”. The framework paper was given by Dr. José Luis Alonso Ponga, Director of the Chair of Studies on Tradition in the Center for Applied Anthropology of the University of Valladolid, whose communication was about “Tempus Ludendi: as if all life was a game. Everything that is not serious”. He emphasized that the game “is something consubstantial to the human being, even before culture itself”. 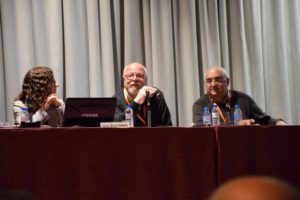 The second presentation was about “Bowling games along the Camino de Santiago, Belorado and La Riojilla Burgalesa”, which was given by Silvia Sedano Campo, Vice-rector of Students, Talent Development and Social Commitment of the Miguel de Cervantes European University in Valladolid. She did a detailed explanation of the games played by women of this region throughout their lives. 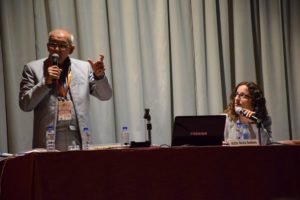 The rest of the speakers were Ángel Lassa, President of the Aragonese Federation of Traditional Sports, who spoke about “The different games of female bowling in Aragon”. Ezzedine Bouzid, Professor of Physical Education and Body Expression in Tunisia, who presented the communication “Tunisian women traditional games and cultural symbolism”. The Professors of the University of A Coruña, Cristina López Villa and Manuela Vázquez Coto, presented “The games Bugalliña and bugalliño: two traditional Galician games of adult women”. Joan Farnós, from the Rasquera Cultural Group, talked about “The game of birles in Rasquera, memories of their loss and recovery”. The journalist Nieves López, Content Director of Scribo Comunicación, developed the topic “Traditional games as a tool for the socialization of women in the 20th century”. Biel Pubill Soler, President of Lo Llaüt Cultural Association, spoke about “Traditional sports in the Ribera d’Ebre region: the role of women”. Dr. Laghla Bouzid, of the Sahelian Research and Studies Center of Guelmim-Oued Noun, spoke about “Women and the transmission of traditional games in the region Oued Noun (South Morocco)”. Norberto Cabrales Gonçales, President of the Association of Traditional Games of Guarda, participated with the talk about “Differences that unite us”. Lastly, Milivoj Pacenti, President of the Istarski Plojcke Savez, of Croatia, presented the working model of his association for the recovery of traditional games, especially those of pallet. The main conclusion of the colloquium was the indisputable prominence of women in the safeguarding and transmission of traditional games. 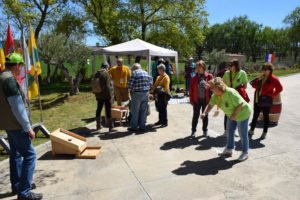 On Saturday 27, several hundred people came to the winery Viña Cabrejas in Gumiel de Izán to learn and practice a wide variety of games and amusements from the different delegations participating in the meeting. Players from all corners of Spain, France, Portugal, Croatia, Tunisia and Morocco held exhibitions of some of their most representative games. 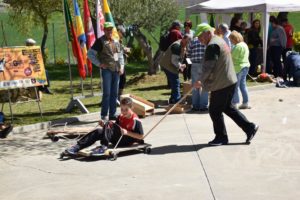 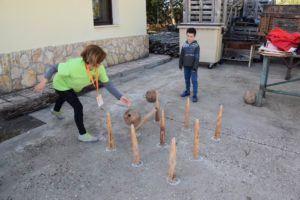 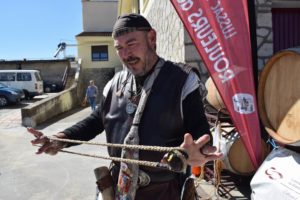 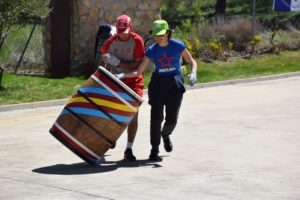 Finally, on Sunday 28, a visit was made to the Traditional Games Museum of La Tanguilla, and a free visit to the shop windows of Aranda decorated with traditional games was proposed. At noon, in the Plaza Mayor, another festival was organized with board games, games of wit, morra, games of aim, frog, hoyetes, in addition to piñatas and other games for the infantile public, complemented with a workshop of construction of figures of lead in charge of Eustaquio Castellano, Director of the Museum of Toys of Albarracín, and another construction of toys and popular instruments of cane made by Lo Llaüt. 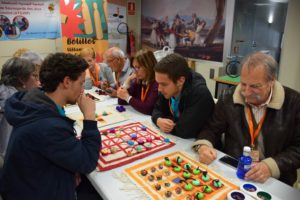 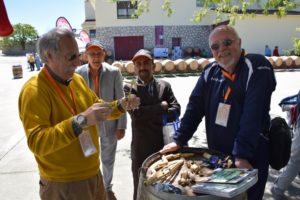 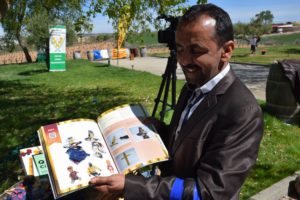 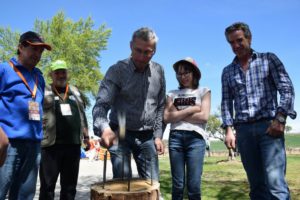 The evaluation of the VI International Meeting of Traditional Games Ribera del Duero is totally positive. The participation of a good number of delegations from different countries, the involvement of all of them, the affluence and participation of the residents of Aranda in the scheduled activities and the good atmosphere are incentives for La Tanguilla to continue with their work in safeguarding and promoting traditional games.