In 2003, UNESCO, through its Convention for the safeguarding of Intangible Cultural Heritage (ICH), recognised the central role of “communities, groups and individuals”, in the process of dissemination of the concept and practice of ICH.

For the first time ever, an international legally-binding instrument allowed States to build cultural policies to assert the fundamental right to cultural recognition. UNESCO wrote: “Traditional sports and games are part of our intangible heritage and a symbol of the cultural diversity of our societies”. 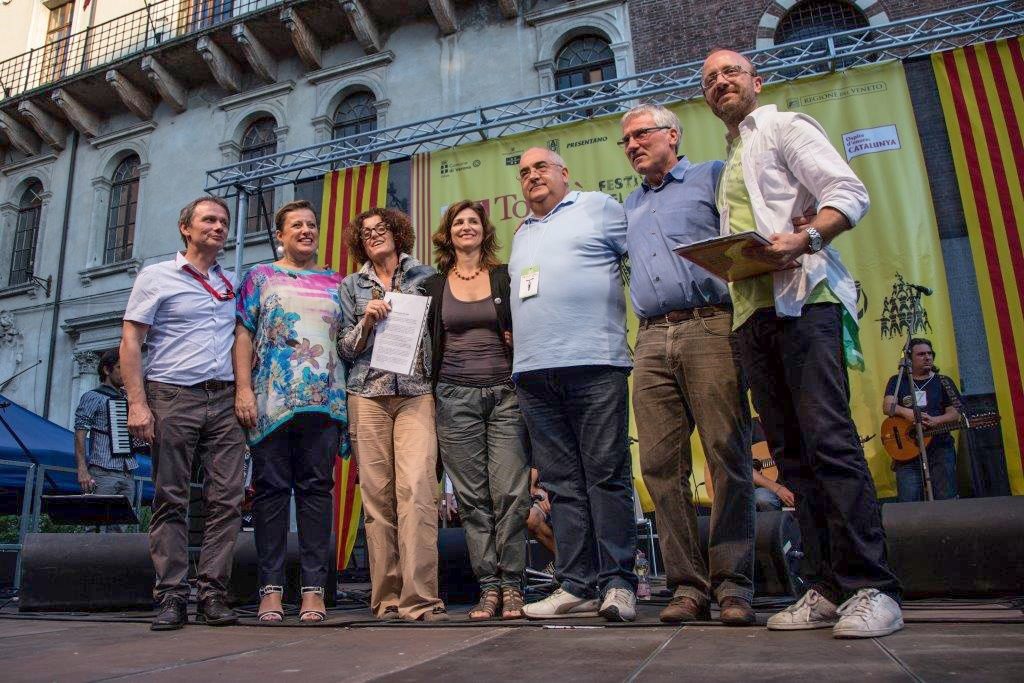 In 2009, at a UNESCO meeting in Tehran, a group of experts and international NGOs decided to create the International Traditional Sports and Games Association (ITSGA), a formal organization representative of this TSG world network.

In parallel, in this synergy movement, many meetings and events have been organized. One of them is the big international festival of traditional games, TOCATI, created in 2OO3 at Verona, Italy. This annual meeting became, over the years, a major event for numerous local, national or international protagonists, young and old competitors, researchers, teachers, artists, politicians, etc.

In 2015, as part of the large movement for recognition of ICH, and of those who organise traditional games and indigenous sports, the representatives of different national and international NGOs, attending the festival TOCATI, decided to pass to an additional level and to draft this “Verona Declaration” to be promoted worldwide.

This call aims to strongly recommend the introduction of traditional games and indigenous sports, which embody ICH, into school programmes, in order to be “an integral part of national strategies for development” (UNESCO).

This declaration aims at valuing, among others: