More than sixty members of the European Association of Traditional Games and Sports have been invited to participate in the annual meeting organized, on this occasion in Aosta, by the Federachon Sport of Nohtra Tera with the collaboration of the Italian Federation of Traditional Games and Sports. Fifty people attended, among delegates and companions, who had as their base the Hotel Diana, in Pollein, a municipality near Aosta. 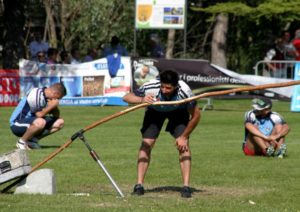 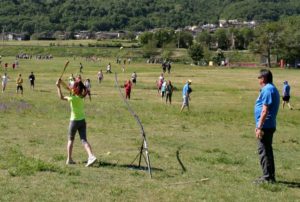 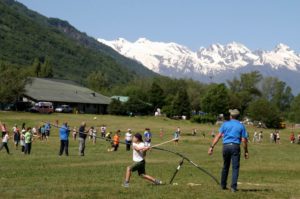 The afternoon of Thursday 30 May was dedicated to the arrival of participants. The following morning, at the FENT facilities in Brissogne, a school event attended by almost one thousand students who performed in the four games of the Valle d’Aosta: tsan, rebatta, fiolet and pallet. In the afternoon, at your own free choice, spectacular excursion by funicular to climb up to 3,466 meters, at the foot of the colossal Mont Blanc, the roof of Europe, surrounded by other majestic snowy mountains. As usual, Saturday morning was dedicated to the celebration of the General Assembly, which was held in the Regional Palace, with the presence of 27 members and 11 other representatives. 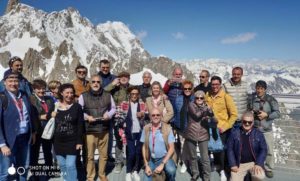 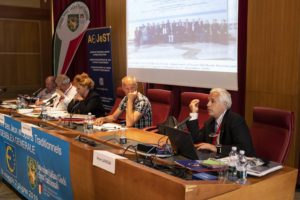 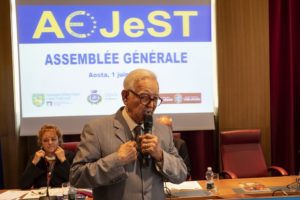 A historic Assembly because in the first part of it, with extraordinary character, was approved, almost unanimously (35 of 38) the modification of the old Statutes of 2001 and the first Internal Regulation (37 of 38). In addition, during the ordinary Assembly, the minutes and the budget were approved, the incorporation of Vicente Javaloyes as legal and commercial advisor was accepted, was informed of the membership of three new partners (Sociedá Etnomotora Asturiana, Pljockarski Klub Bosansko Grahovo and the Club of Bolos Maragatos), the places of the next meetings of the Board of Directors (Berga, Catalonia, in December 2019) and the General Assembly (Great Britain in 2020, Croatia 2021 and probably in Verona in 2022, on the occasion of the twentieth anniversary of the Tocatì Festival. With the recognition of the acknowledgments of good practices in the safeguarding of traditional sports and games to Francisco Álvarez, Itsván Bali and the Association Intercomunale des Quilles de Huit, and the nomination of the honorary member Dino Berti, the Assembly ended.

On Saturday afternoon, in the municipal structures of Pollein, we were present at the final of the championship, in Tsan’s mode.