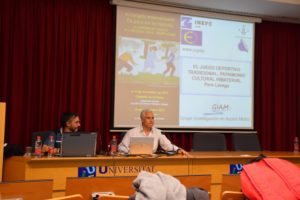 Between 8 and 10 November, the “II International Congress: Games in History” was held in Castellón de la Plana and Sant Mateu, Spain. In this edition, the Congress focused on diversity in school play and leisure time.

The congress, coordinated by Joan Ortí of the cultural association La Tella – member of the AEJeST -, was organized in collaboration with the Universitat Jaume I and the Institut Ramon Muntaner and, among others, the Conselleria d’Educació de la Generalitat Valenciana, the Departament de Cultura de la Generalitat de Catalunya and the AEJeST. 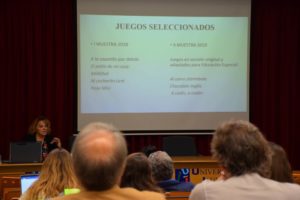 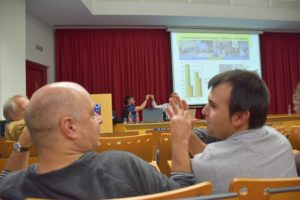 The congress was participated by numerous members, institutions and associations of the AEJEST.

It is worth mentioning the conferences and speeches that took place:

– BRIDGE project: Promotion of traditional European games and sports, a bridge for intercultural dialogue. Ana Rosa Rosa Jaqueira of the University of Coimbra

– Traditional games with songs, interdisciplinary experience for diversity. Carmen Fernández, of the University of Zaragoza.

– The summer school of traditional games. A unique option in Europe for continuing education. Víctor Baroja, of the Association Companyia de Jocs l’Anònima.

– From senet to pachisi through alquerque. How to introduce ourselves into the history of the hand in board games. Biel Pubill, of the cultural association Lo Llaüt. 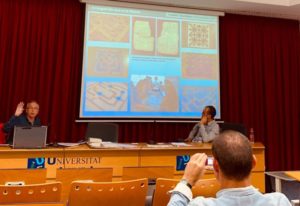 As part of the congress programme, the 1st Maestrat Games Festival was held in the city of Sant Mateu. It was an interesting and dynamic festival of games that included an international meeting of bowling in which participated, among others, the Coordinadora Intercomarcal of Birles and Quilles de maillet. There were also photographic exhibitions, workshops for the construction of toys with cane, competitions and tournaments of morra, dòlit, valencian ball and typical games of the Aragonese tradition. 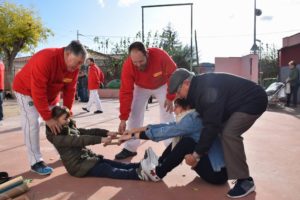 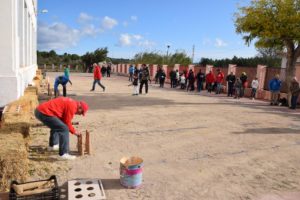 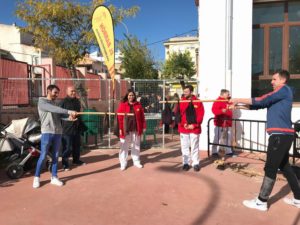 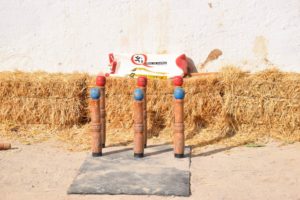 We take this opportunity to congratulate the cultural association La Tella for the good organization and involvement in the congress.